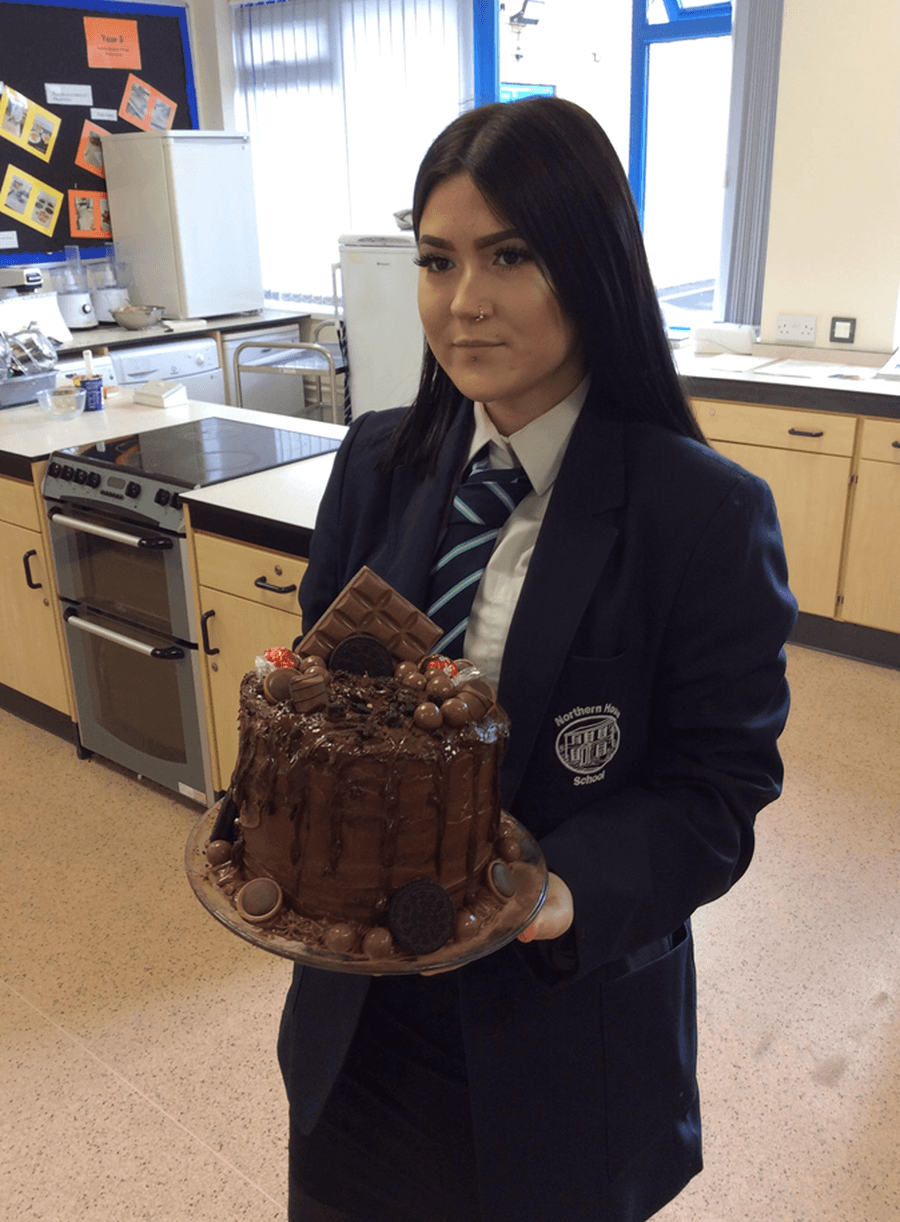 Courtney (Year 11), produced this whooper of a cake as part of her BTEC Level 1 Home Cooking Skills assessment. The cake took about 3 hours to make from scratch and Courtney had a great sense of pride in what she had achieved. Courtney is a very accomplished cook, which is shown in the fact that as well as this cake, she made, from scratch, a Chicken Madras with rice at the same time. 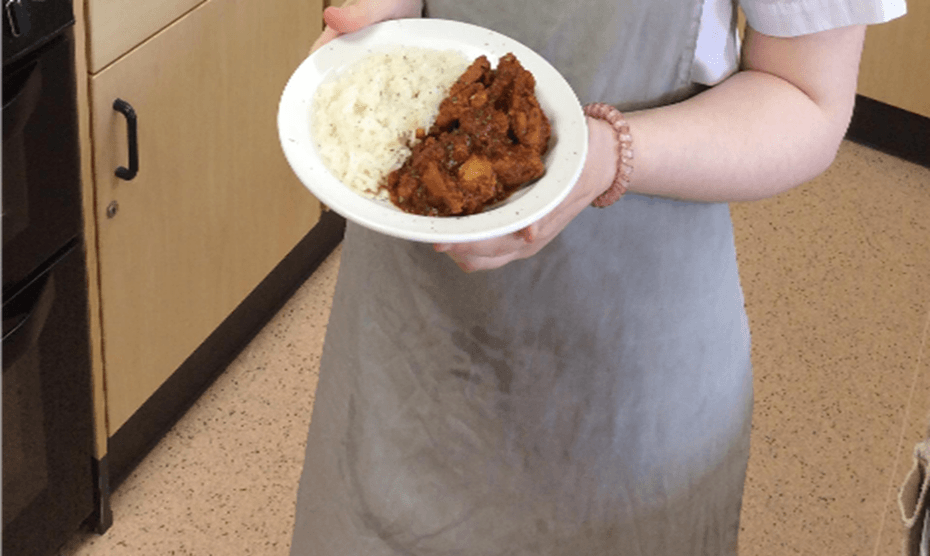 The Chicken Madras and rice that Courtney produced
simultaneously to her cake.