Pupils associated with TLC have recently visited Coventry Cathedral where they were able to see the Knife Angel sculpture, the Angel is on a journey touring many cities within the UK to bring to the front of society’s consciousness the problems associated with knife crime and violence.

The Angel sculpture was created at the British Ironwork Centre together with artist Alfie Bradley, permission was granted by the home office for the knives to be collected from 43 police forces around the UK to form the main part of the sculpture.

Pupils were most impressed by the sculpture and the message it sends; in the near future they will be visiting the Ironwork centre in Oswestry where it was created. 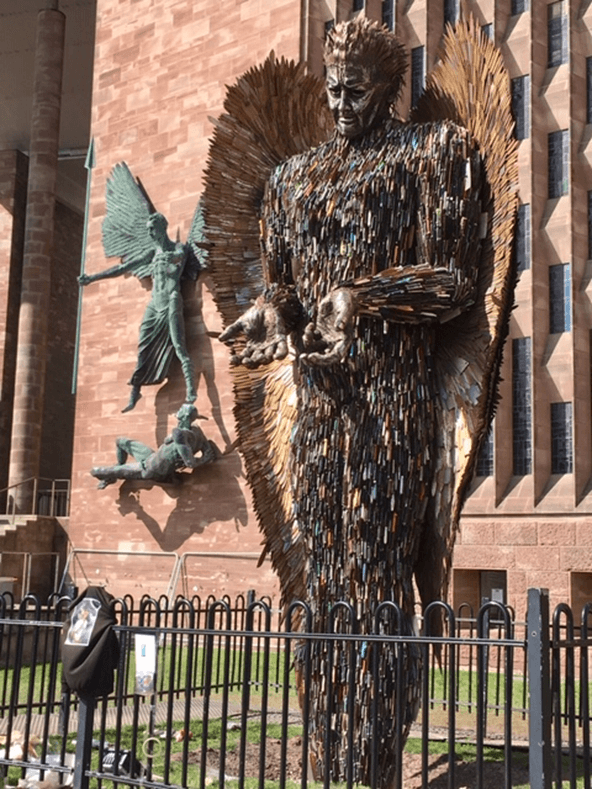 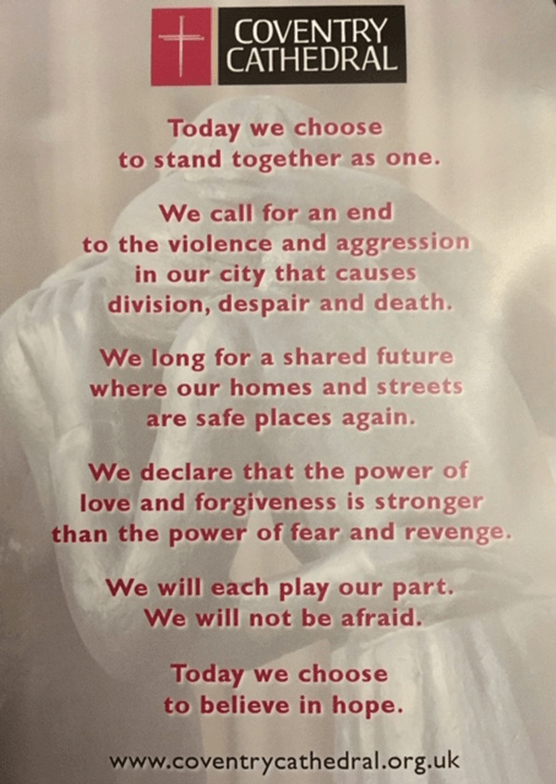